Artist and Activist Marilyn Minter on Roe Leak: This Is ‘What Minority Rule LooksLike’

On Monday night, Politico published a leaked draft Supreme Court majority opinionindicating that it would overturn Roe v. Wade, the landmark 1973 ruling that established a constitutional right to abortion. If the decision holds when it is made official in June, the 98-page opinion would allow state legislatures to roll back access to legal abortion, or ban it entirely.

Feminist visual artist Marilyn Minterhas been a longtime activist for women’s rights and supporter of Planned Parenthood, showing work in the landmark “Abortion Is Normal” exhibitionand participating in numerous fundraisers for the reproductive health nonprofit, among other activities. 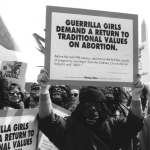 'Abortion Is Normal' Organizers Hope To Stage A New Show In Response To Supreme Court's Ruling on Roe v. Wade

ARTnews asked Minter to share her thoughts on the Court’s expected decision.

Here’s what she had to say:

This is a hard moment to process, although if you’ve been paying attention, you knew it was coming. It’s hard to find action and agency against something that seems inevitable. But what the Court’s leaked decision should highlight is that the Supreme Court is simply another political wing of our government. They may love to present themselves as apolitical, but they are not.

In order to combat these egregious attacks on our civil rights – and let’s be clear, this is only the beginning – we need to mobilize at the polls in November.

Less than 30 percent of the general population wants to see Roe overturned. Let that sink in – if you want a clear reflection of what minority rule looks like, this is it.

It’s more vital than ever that we raise money for Democratic candidates who will support abortion rights. We need to make sure every possible voter – millions of nonvoting women and men – become active and get to the polls.

People elected Democrats precisely to lead in perilous moments like these: to codify Roe v. Wade, to fight corruption in Washington and beyond, and to have a President who uses his legal authority to break through Congressional gridlock.

The agenda is simple:

Democrats have to be better and clearer about what overturning Roe means. This is not about “States’ Rights.” This is not about preserving life, as Republicans like to suggest. This is about controlling women and perpetuating violence against women. Democrats must articulate that.

Conservatives will continue to come for your civil rights – your birth control, your family planning, your ability to lead the kind of life you want and deserve. The violence and shattering of any sense of safety as a woman is not an unfortunate by-product. It is the point.

There were minor outrages when Texas banned abortion after about six weeks. Even less when Florida, Kentucky, and Mississippi similarly stripped away a woman’s right to choose. The conservative members of the Supreme Court were encouraged by the apathy they saw. That’s why they did it.

Midterms are in 6 months. The leak of this decision gives Democrats an extra month to galvanize the appropriate moral outrage and turn that into action.

In the meantime, donate to abortion access funds, register people to vote, volunteer at abortion clinics (ABORTIONS ARE STILL LEGAL FOR THE TIME BEING!), stay informed and outraged.

Do not give up hope.As Gloria Steinem – a self-proclaimed hopeaholic – regularly reminds us, it’s vital that, despite it all, we act on our hopes every day.

The GOP poked the bear – let’s get rid of them all.